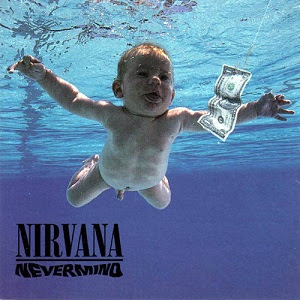 So today I was driving down the road, listening to the radio and I heard the dj talk about how Nirvana's "Nevermind" will be 20 years old in September.  HOW DID THAT HAPPEN???? I can remember when it came out!  I was in college, hanging out with a guy that I thought was the coolest of the cool and he played it... a lot! We were friends at that point, but eventually dated and even became engaged.  As of this month, it's been 15 years since we called off our wedding and that realization freaks me out as much as the 20 year time span since Nirvana's epic album release. Time passes so quickly.

Between this anniversary, the passing of Amy Winehouse and an interview I saw with James Murphy of LCD Soundsystem back in February on the Colbert Report, I have to admit that I'm a little up in arms about something! In fact, as much as I love LCD Soundsystem and James Murphy, I'm a little mad at him. Check out this interview, at least until after the part where he says why he's walking away.

Ok, so he says he's leaving because he's 41 and "at a certain point I think it gets embarrassing."  Ughhhh!!! This is the mentality that makes people think that 27 is the time to give up and check out.  I mean yes, that does give rockers another 14 years, but who the hell decided that 27 was the cutoff point for valuable and relevant creative contributions to this world? And who said that 40+ is an embarrassing time to be in the limelight for it? (Tell that to PJ Harvey and Bjork, both had awesome albums come out this year.)  You can decide for yourselves where Amy Winehouse fits into this group, and I know that Janis and Jimi didn't check out in the same fashion that Kurt Cobain did, but I've recently heard younger people saying something like, "Everyone I respect creatively has died young."

This bothers me because I feel like I'm just getting started! I'M JUST NOW HITTING MY STRIDE AT 40!

I think we all need to quit obsessing over age and realize that we can all contribute something worthwhile to this world at any stage in our lives.  The key is to be open to what we are called to give and to give it.  If James Murphy thinks that it's time for him to leave what he's doing, that's totally fine.  I respect him for doing what he feels he has to do, but don't make 41 an age where it's embarrassing to rock out!!!!! (I know I'm using a lot of exclamation points, but I don't care. I'm passionate about this!)

For all of you 20somethings out there that think your life is over or that you are old at 30 (or 27), what you should know is that life is consistent and faithful to give you adventures at every age...and it gets better. The thing about going through all these things that can seem so hard in your 20s is not having a longer span of time to bring perspective. I don't mean that in a condescending way.  I just remember at 26, calling off that wedding, thinking that if I weren't married by 40 I would just die.  I also remember feeling the heartache and disappointment of leaving that guy as if it would kill me. Well, guess what.  I'm 40. I'm happily single and I haven't died.  In fact, I think I'm more beautiful than I ever was in my 20s and I know I'm smarter, funnier, more aware of what's going on around me and my confidence level has somehow skyrocketed, even just in the past few weeks.

I'm pretty sure that if I had taken the marriage path things would have turned out quite differently for me.  I'm not saying it would have been better or worse, but I probably wouldn't be renovating 612 with James and contributing what it is that I truly believe is my calling.  I probably wouldn't have the friends that I have now and I know I wouldn't have had the life that I have lived over the past 15 years. Who knows? Nobody can predict how it's going to turn out or how it would have gone.  I loved that man and I still do.  That will never end because true love doesn't go away, but I knew that he deserved better than my doubts and I knew that I deserved better than to marry someone that I wasn't sure about.  And yes, it hurt.  It took years to recover, but I did it.  And I'm happy now. Happier than I've ever been. And when heartaches and disappointments knock on my door now, I feel them just as strongly as I ever have, but I know that because of all that I've made it through before, I can make it through whatever situation I'm in now.

Take heart people.  Strengthen your spirit and your mind and love yourself as you would love the most favorite person in your life because that is what will get you through.  Take good care of yourself and don't give up!  Don't let anyone make you believe that someone else is in charge of your happiness.  That's your job and the sooner you figure out how to have real joy in your life, the sooner you can start seeing your life from a grander perspective of time.  Stay in this game because the passing of time will help you. There is nobody else in this entire world like you and you have something to contribute that no one else can.  The world needs you and it needs you whole and complete. Know that if you're really trying to better yourself and give what you can to the world around you, life gets better and better...even especially after 27.


p.s. I'd like to thank that guy I almost married, if he's ever reading this, for all of the great music he brought into my life.  You are the reason I know about Joy Division, New Order, The Pixies, Dinosaur Jr., PJ Harvey, Nirvana, and so many more. I'm also sure that the education you gave me is what helps me to recognize these bands' influence in today's music, and boy is it there! I hear things like that high fretwork on the bass and I understand the evolution. I know who these bands have been listening to. I really appreciate it...and everything else I learned...and all the love.
Posted by amyy at 11:01 PM